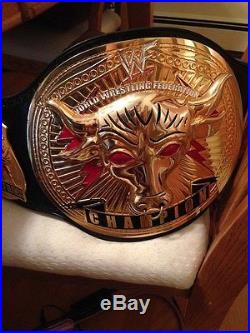 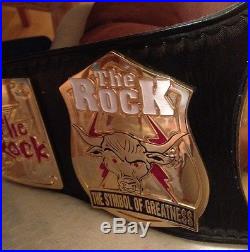 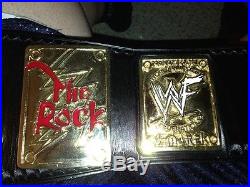 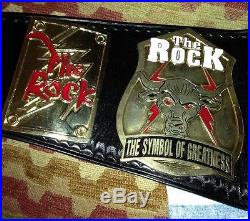 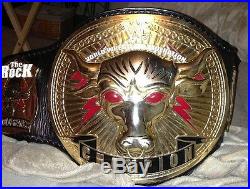 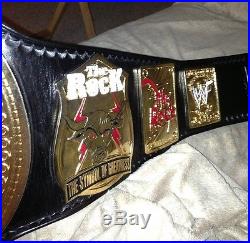 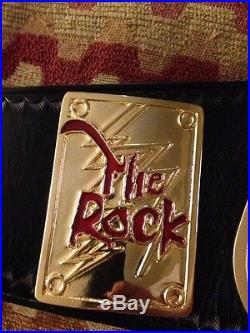 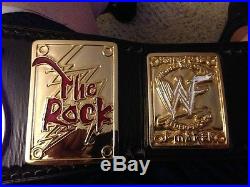 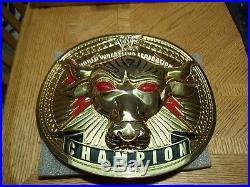 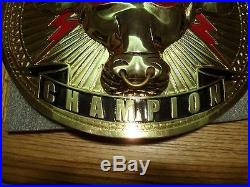 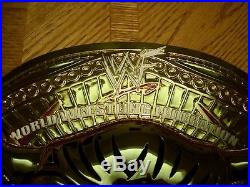 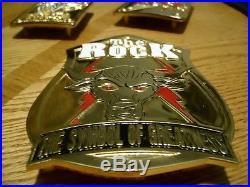 Up for sale is a WWF Brahma Bull Belt, the belt is Zinc etched, 24 karat plated on real leather with a blue backing. The belt is in very good condition, no plating issues or chipped paint. The belt is very big and heavy, weighs over 9 pounds as the Bull is a relief cast piece.